Simon Cataldo is a husband and father who has called the district home since he was three years old. He has dedicated his life to fighting for special education students, environmental justice, and integrity in government. As a former special education teacher and federal anti-corruption prosecutor with the U.S. Justice Department, Simon has delivered for children, families, school communities, and our democracy. Simon built a school-based academic intervention program called Harlem Lacrosse from scratch in his early twenties, and grew it into a national nonprofit employing over 60 people full-time in 5 cities, while overseeing and managing a budget of over $6 million. He has been a trusted leader through periods of economic growth, uncertainty, and the pandemic. He has taken on some of the toughest corruption cases on behalf of the United States, and won. Simon knows how to conduct value-based and collaborative work effectively, efficiently, and pragmatically. He is prepared to represent our district on Day 1 of the job.

GROWING UP IN CONCORD

Simon grew up in West Concord. His mother was a Concord Family Services social worker, and his father is an economist. Simon is a proud graduate of Harvey Wheeler Pre-School, Thoreau Elementary, Peabody Middle School, and Concord-Carlisle High School. He was bar mitzvah’d at Kerem Shalom Synagogue. 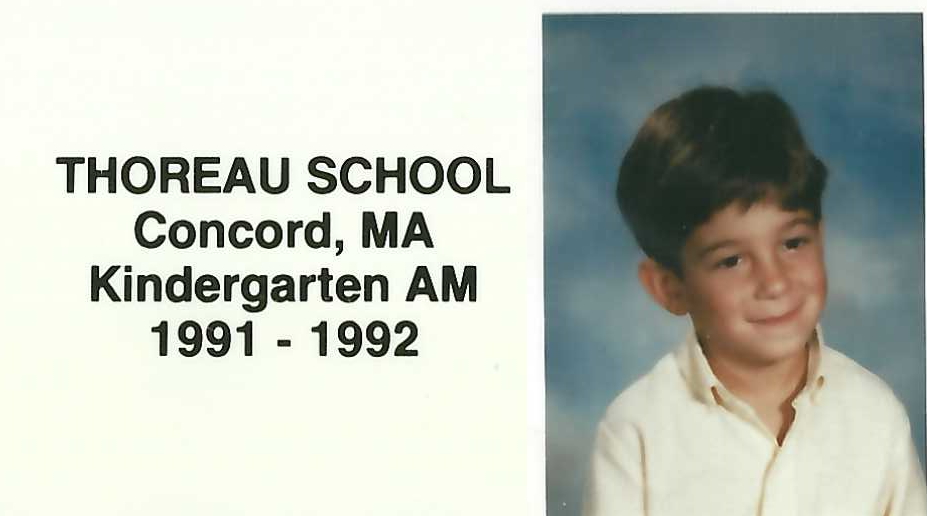 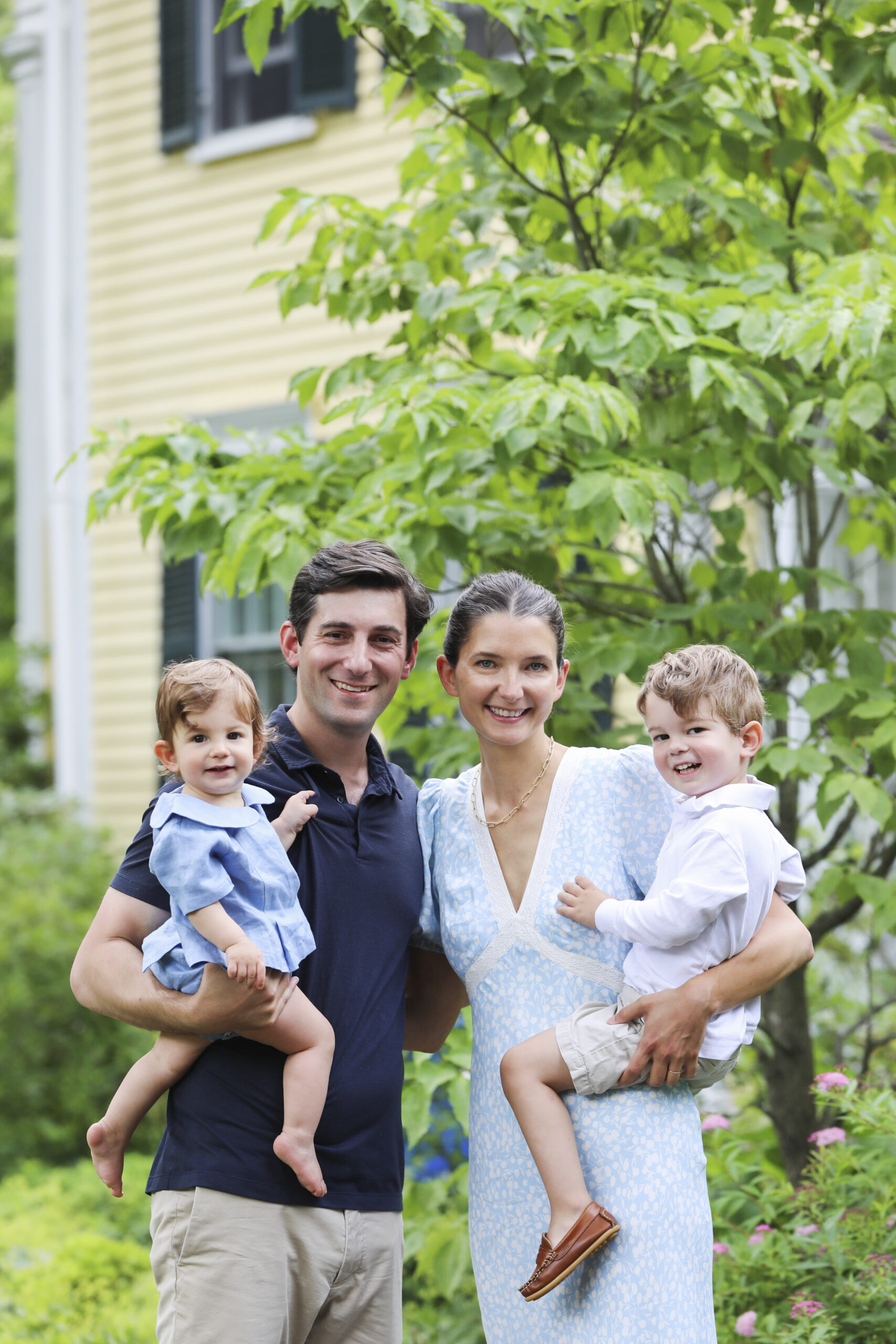 He and his wife, Chessie, brought their young children back to the district because they believe this is the best place to raise a family. Simon loves how this community champions causes such as public education, the environment, and social justice, but also appreciates that we face many challenges in our district, including the fact that many of our residents struggle financially to age with dignity in the very neighborhoods that they helped build. To skip to Simon’s Priorities as a State Rep., click here.
2

AN ENVIRONMENTALIST, TEACHER, AND COACH

As an Environmental Science major, Simon didn’t mind getting his hands dirty for a good cause. His mobile biodiesel lab picked up fry oil from local fast food restaurants, and he spent weekends blowing insulation into older homes — his first forays into the causes of environmental justice and sustainability. 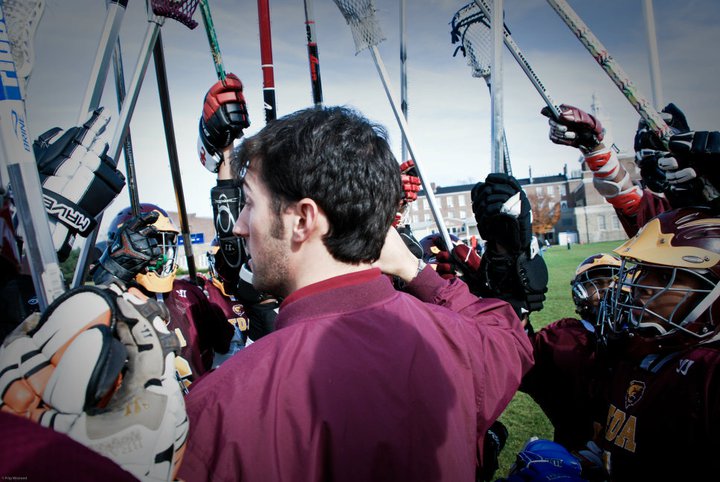 Simon wanted to impart a respect for nature and appreciation for science onto the next generation, so he joined Teach for America to teach chemistry in Harlem’s iconic public school, Frederick Douglass Academy. But four days before school started, the principal announced that Simon would not be a science teacher, as planned, but instead the new seventh- and eighth-grade special education math teacher. The special education math teacher had quit, and the principal made it clear: Simon could have the job teaching the most at-risk students in the building, or he would be fired.
A few months later, having thus far failed to reach his students, Simon collected 10 sets of used sports gear and brought the 11 most challenged boys in his class to a concrete handball court next to the school building. None of the boys had ever played organized team sports. They did what everyone said was impossible: They built a team out of untapped force, potential, and mutual support — and they won.
Simon saw an immediate improvement in his students’ academic achievement, self-confidence, and discipline, and he kept working to prove it to the neighborhood. Within a year, they were beating the best elite “Ivy Prep League” teams in the city. Their identity together defied what anyone dreamed possible. They earned the highest scores ever for special-ed students in the school.
3

Using the Fredrick Douglass team as a model, Simon built a school-based nonprofit called Harlem Lacrosse that now operates in five cities around the country — Harlem, Boston, Los Angeles, Baltimore, and Philadelphia. The organization is designed to buck the status quo of private non-profit inner-city programs. Instead of skimming off the top from the Honor Roll lists, Harlem Lacrosse specifically recruits and tailors its programming to the students who are most at-risk for academic decline or dropout, including special education students, English Language Learners, and those with identified socio-economic disadvantages. The organization now serves over 1,300 students all-day, year round, and employs over 60 people full-time in 5 cities. In his capacity of Board President, Simon helps oversee and manage a budget of over $6 million, and has helped shepherd the organization through periods of growth, austerity, and the pandemic. 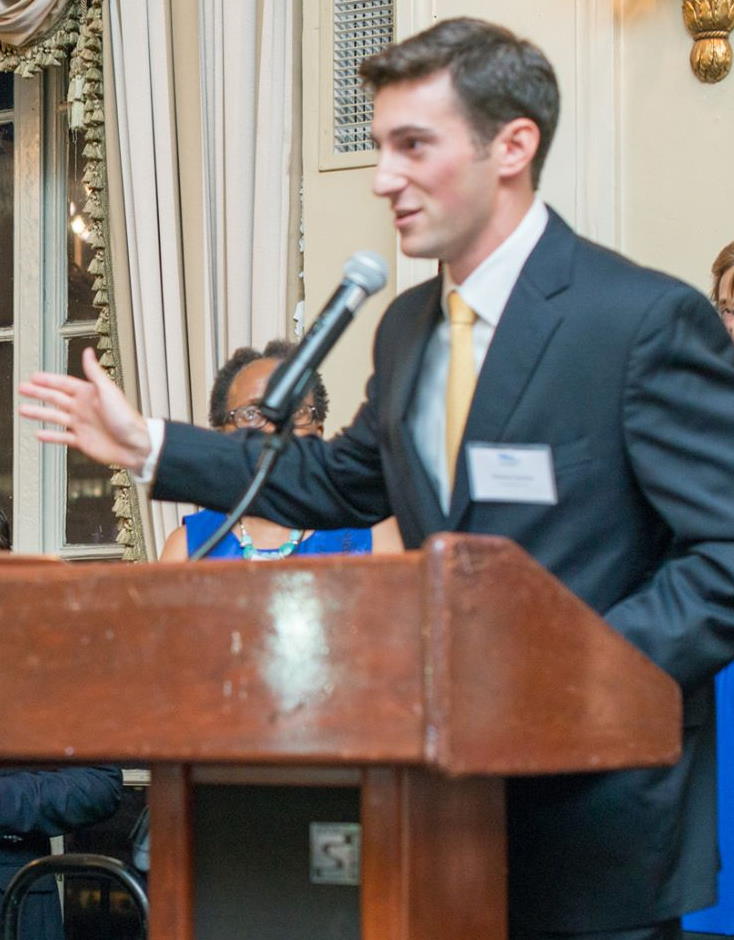 A FEARLESS PROSECUTOR OF CORRUPTION

In Harlem, Simon learned that the game was rigged before the whistle blew. So, while he built Harlem Lacrosse, he set his sights on something fundamental to a healthy and equitable democracy: the integrity of our government.

After Teach for America, Simon went on to law school at the University of Virginia, where he graduated near the top of his class and became Managing Editor of the Law Review. After law school, he clerked for one of President Obama’s federal court of appeals appointees. He was drafted during the later Obama years into the U.S. Department of Justice’s Honors Program to prosecute public corruption in the DOJ’s Public Integrity Section.
Simon went on to investigate and prosecute some of the most high-profile corruption cases in the country. As a prosecutor, Simon saw firsthand how corruption and legislative apathy can deter democratic progress and infect our system of government. Still, he got game-ready, went to work, and continued to punch above his weight. He listened as opposing counsel told judges that he looked like he just got out of high school, and then won his motions at oral argument. He refined his craft, managing prosecutions of elected and appointed government officials, including federal and local law enforcement officials, politicians, and a judge. Simon has gone after violators of federal extortion, fraud, and bribery laws. He’s chased down criminal conspirators and campaign finance violators, working to strengthen the political process that lies at the core of our democracy.
5

Now, Simon is endeavoring to apply his experience as a public servant to representative government. In order for us to make the progress we need to make, secure the future we want for our kids and grandkids, and realize our full collective potential, we need strong, effective, and accountable leadership on Beacon Hill. Join Simon in his fight for our community, our Commonwealth, and our future. 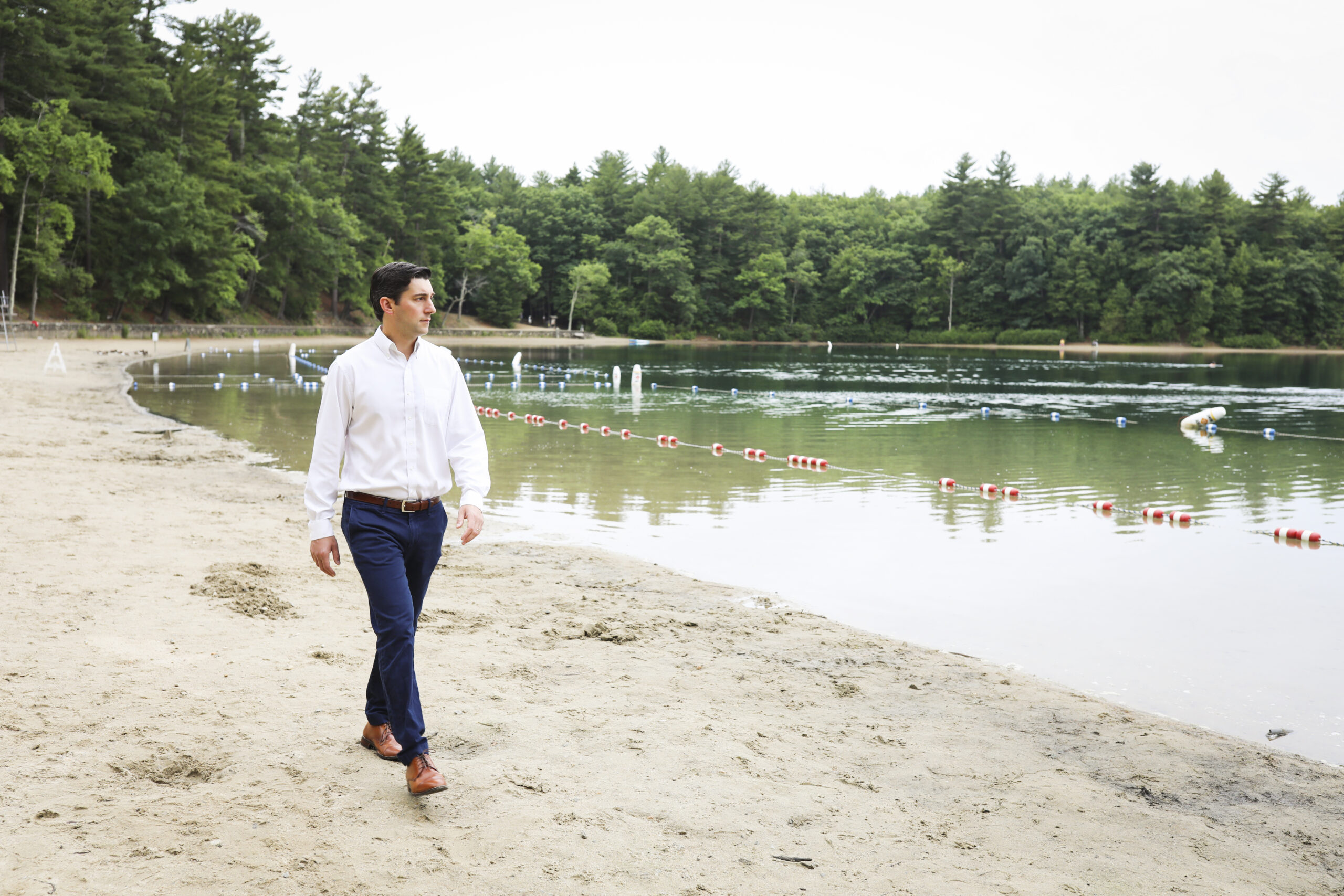 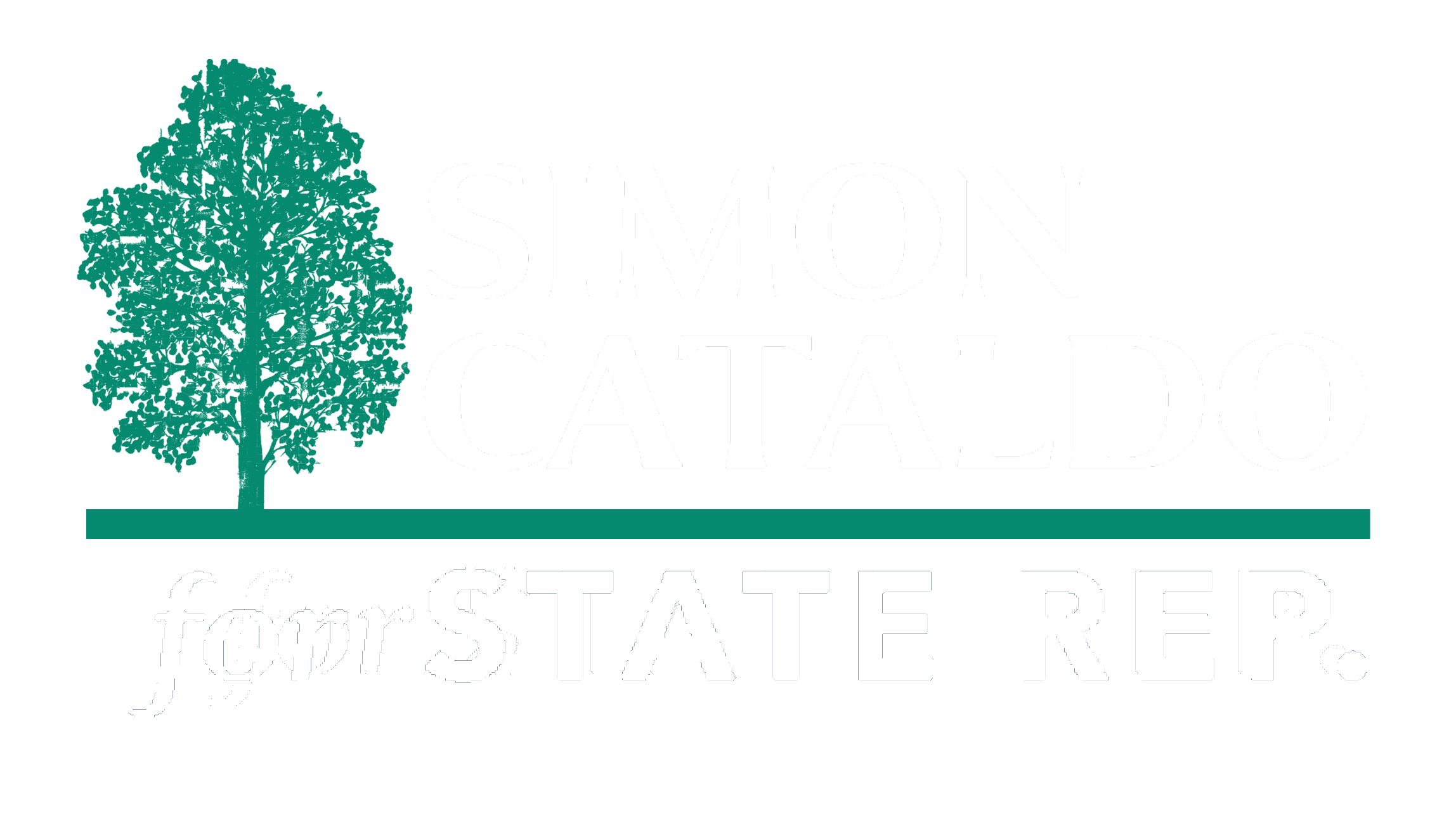